This Ramadan, be "a candle in the darkness."

Ramadan, the holy month in Islam where Muslims refrain from eating and drinking during the daylight hours (from the break of dawn until sunset), will start tomorrow in many Muslim countries, including Palestine. Muslims usually look at this holy month as an opportunity for purification of the soul and the body. The Holy Month also teaches us patience, spirituality, humility and submissiveness to God, and restraint. 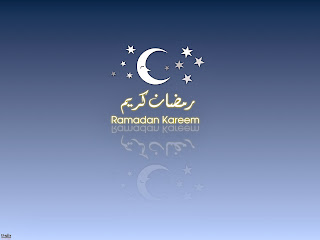 Because Islam uses the lunar calendar, Ramadan moves back 10 days every year, which means that it will fall on every solar month throughout a person's lifetime, including blazing Middle Eastern August.

Which is the case this year. The 1st of Ramadan is also going to be the 1st of August. And this summer, the summer of 2011, came with an unprecedented heat wave that's sweeping throughout the entire region, making people question their ability/willingness to fast for 14 long hours every day, without even a sip of water (let alone a cigarette for the many heavy smokers of the Arab World).

So people -some grudgingly- prepare for the holy month by installing Air Conditioning units and fans, and buy ice coolers and all kinds of drinks for the meal that comes at the end of every day of fasting.

What happened is that this morning while I was reading the news, I came across another article about the ongoing famine in Somalia. Meanwhile, a couple of my friends on facebook were posting status updates, complaining about fasting in the blazing heat, long fasting hours, etc.. And I thought to myself that God wants us to learn how to restraint ourselves from our cravings and lusts- whether or not we have what we crave/lust for, we need to learn how to control our desires. We need to purify our souls, minds and bodies from the materialistic 'wants' that have filled our 'modern' lives. We need to thank God for our countless blessings and learn how to do good for others. (read below the two hadiths (sayings of Prophet Muhammad (PBUH).


“Do not turn away a poor man…even if all you can give is half a date. If you love the poor and bring them near you…God will bring you near Him on the Day of Resurrection.”——— Propher Muhammad (s) Al-Tirmidhi, Hadith 1376.


I hope that people get the point of Ramadan. It's not about the 'misery' of fasting for 14 hours under the sun and looking at the bright side by thinking that you might lose a few kilos in the process. No. It's about knowing that there's plenty of delicious food in your fridge, but that you don't want any of it because you want to learn how to restraint yourself. More importantly, because you know that there are people, right now, in the 21st century, dying of hunger. If anything, knowing that "60 percent of the people [in Somalia] have been inaccessible to aid. And those are the people you're seeing in the camps. Many of those people have walked for...up to six weeks. And many of the women I talked to reported having to leave children along the road who were too weak to make it and who are dying on the way to the camps... it's been called the children's famine"* should make you thank God that you're refraining from eating out of a religious duty (and hopefully, out of belief of its importance), and not because you're part of a starving population faced by a vicious famine while people die of obesity on the other side of the Atlantic.

I'd like to end with a poem by Mahmoud Darwish, one of the Arab World's most famous modern day poets. He passed away three years ago in Ramallah, Palestine.

"As you prepare your breakfast–think of others.
Don’t forget to feed the pigeons.

So, Muslims and non-Muslims alike, I urge you during this coming month -Ramadan/August- to think of others while you prepare  your breakfast, and find out how you can be "...a candle in the darkness."

With wishes for a blessed month!


p.s. This article tells you how you can help Somalia-mainly by donating money through INGO's:
"How to Help: Somalia Famine and East Africa Drought Victims" http://www.takepart.com/news/2011/07/20/how-to-help-east-africa-drought